Get to know your Coach

Hi I’m Lindsey! I am an NLP and Mindset Coach and also a Mum of three wild and wonderful boys. I am also a work in progress who loves to learn, grow and help other people do the same.  If you are looking for the woman who has perfected it all and will preach to you from her golden pedestal – that’s not me I am afraid. I’ve been where you are, and I may be there again tomorrow (albeit briefly). My passion is helping you get back in the driving seat to control the only one thing you really can – you!

Why I started Ignite Mum

As and NLP Coach, I noticed a really common theme with all of the Mums I was working with.  They all held really similar limiting beliefs which were, in one way or another, linked to their identity, or loss of it since becoming a Mum.

This wasn’t a theme just in my work. It was common among friends, family and, in all honesty, myself.  The most common theme of all, was each woman feeling as though they were inadequate in some way and that everyone else had it figured out in a way they didn’t.  I also noticed that there was just this quiet acceptance that this is ‘just the way it is’ accompanied by a belief that nothing could, or would change.

My research has shown that there seems to be a fair amount of support out there for women who are returning to work, or help in facing the mental and practical aspects of being a ‘working Mum.’ It bothered me that there wasn’t support for all types of Mums, not just working ones.

I have met so many women who fundamentally seem to to have accepted that being a Mum pushes them down their own priority list – the consequence being that they are left feeling miserable, frustrated and living a life they don’t particularly enjoy and labeling themselves as a miserable cow!

I want to show women that by putting yourself first or, at very least slightly higher up your priority list, you not only live a happier life, but you also become an amazing resource to those people who are so special to you. Nine times out of ten, these barriers holding us back from living the life we want are all in our head. They are the perceived judgements that we hold about ourselves – not reality!

I was determined to pull together a program which would help women from all backgrounds achieve the results that they need to in order to live the life that they truly desire and deserve. 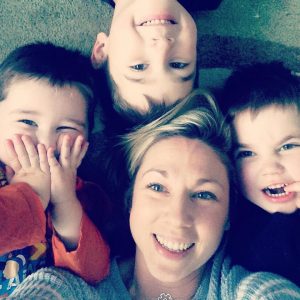 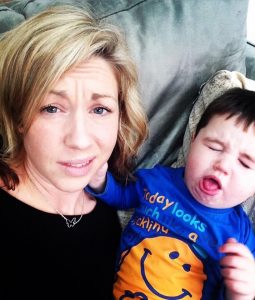 What makes me different to other coaches

I am extremely passionate about the work I do and that comes across in my sessions both online and face-to-face. I won’t allow you to make excuses anymore because you’ve done that yourself for far too long.... I'm also pretty sure I’ve exhausted every single one in my own head!  I’m not a perfect masterpiece of everything that I preach but I know the challenges that people and women face in a role as Mum, and I know how difficult it can be to pick yourself up off the floor when your self-esteem at an all time low.  I’ve also worn a lot of different hats as a Mum (married, divorced, single, stay at home, working) and I know that no matter what your situation, the struggles are real.

I draw on all of my personal, as well as my professional experiences, to help give you focus and hope to help you cut the shit (and I will help you see that it really is shit!) so that you can actually LIVE your life. It may sound cliché, but I don’t want you to just survive anymore I really want you to thrive.   I want to show you the resources so that you can take back control and steer the direction you want your life to go in.

Schedule a Free Call
We use cookies on our website to give you the most relevant experience by remembering your preferences and repeat visits. By clicking “Accept”, you consent to the use of ALL the cookies.
Cookie settingsACCEPT
Manage consent

This website uses cookies to improve your experience while you navigate through the website. Out of these, the cookies that are categorized as necessary are stored on your browser as they are essential for the working of basic functionalities of the website. We also use third-party cookies that help us analyze and understand how you use this website. These cookies will be stored in your browser only with your consent. You also have the option to opt-out of these cookies. But opting out of some of these cookies may affect your browsing experience.
Necessary Always Enabled
Necessary cookies are absolutely essential for the website to function properly. These cookies ensure basic functionalities and security features of the website, anonymously.
Functional
Functional cookies help to perform certain functionalities like sharing the content of the website on social media platforms, collect feedbacks, and other third-party features.
Performance
Performance cookies are used to understand and analyze the key performance indexes of the website which helps in delivering a better user experience for the visitors.
Analytics
Analytical cookies are used to understand how visitors interact with the website. These cookies help provide information on metrics the number of visitors, bounce rate, traffic source, etc.
Advertisement
Advertisement cookies are used to provide visitors with relevant ads and marketing campaigns. These cookies track visitors across websites and collect information to provide customized ads.
Others
Other uncategorized cookies are those that are being analyzed and have not been classified into a category as yet.
SAVE & ACCEPT